The Revolutionary’s Daughter is a story of one woman’s quest for truth as she embarks on a journey to Colombia, South America. She is hired as an English tutor for a Colombian family, while researching for her thesis on social injustice. What Faith doesn’t know is that the family in which she comes to live, holds as much conflict and mystery as the country itself.   What begins as a journey dedicated to research becomes an adventure deep into the heart of the vast Andes mountains, where Faith is both mentally and physically challenged beyond her imagination. She survives being kidnapped, has to change her identity, fights amongst the strongest political guerilla band in Colombian history, only to face her biggest challenge: facing the truth about herself.  In a country that offers little grace, this is a story of three generations of women, all struggling to find contentment, amidst a family and a land that are divided against themselves. 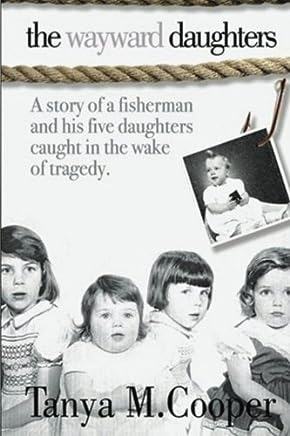 The wayward daughters is a story of a small town fisherman whose wife mysteriously disappears in 1967 leaving him to raise five daughters on his own. The girls are soon taken and raised by Parson Blackstock and his wife and Earnest Wayward never sees them again.  Forty years later, when Charlotte Hope, a 32-year-old journalist researches the commercial fishing industry in Prince Edward County, she stumbles upon the story of the Wayward family and becomes hooked on discovering the truth of what happened to them. While her journey takes her across North America and Europe, she becomes obsessed with reconciling the girls with their father before he dies.  In her quest, Charlotte unlocks secrets from the past that are perhaps better left buried, like old wrecks at the bottom of the sea.

For more information for her other novels, please visit amazon.ca or amazon.com

An adult's guide to long-term travel

You say you want an evolution...

For the Relentless Criticism of All Existing Conditions Since 2010

Searching For My After

Join me on my yearlong journey as I test 12 diet claims in 12 months!

making family memories one by one